On the 3rd of April 2019, a group of our Year 5 and 6 pupils participated in the Primary Languages Festival in Greenbank High School. It was a great event, where nine primary schools came together to perform a song, dance or sketch in their chosen language. It was a fantastic night of celebrating languages and the children from Melling Primary went down a storm with their performance of 'La Granja' (The Farm). Well done to Orlaith, Jayden, Joseph, Evie, Nathaniel, Millie, Lucy, Khalel, Lauren, Faye, Olivia, Zoe, Merin and Grace-Mai for a great performance and for giving up their own time to participate!

September 26th is the European Day of Languages. So we have celebrated that day today by having an assembly to discover just why it is so important to learn a foreign language. We learnt some amazing facts about languages, including how many languages are spoken around the world and what the most commonly spoken language is. If you would like to find out the answers to these questions and more interesting facts, the powerpoint from our assembly is below.

Over the next two weeks, each class will research a famous landmark in Spain. Each class will then present their findings in our celebration assembly on the 15th of October and their posters will be displayed alongside our map of Spain near the reading scheme area.

Another triumph at the Primary Languages Festival!

On Wednesday, 15 children from Years 4, 5 and 6 went with Miss Hopewell to the 2018 Primary Languages Festival at Greenbank High. We sang quite a tricky song about the seasons, however the childrens’ hard work paid off and they sang it fantastically well! I think everyone was in agreement about how superb they were. A massive well done and thank you goes to Madison, Mark, Anya, Reuben, Millie, Merin, Heidi, Sophie, Lacey, Niamh, Mia, Lucy, Abi, Rosa and Lexi. Thank you also to parents and carers for your support with the event, especially with the costumes.

What a fantastic evening!

On the 22nd of March 2017, 13 children from Melling Primary participated in the Primary Languages Festival at Greenbank High. We were one of twelve primary schools who performed on the night and I have to say, we were one of the best!

We hope to participate in the festival on an annual basis so other children will have another chance to join in next year. If you would like to have a go at singing the song we performed see the video below! 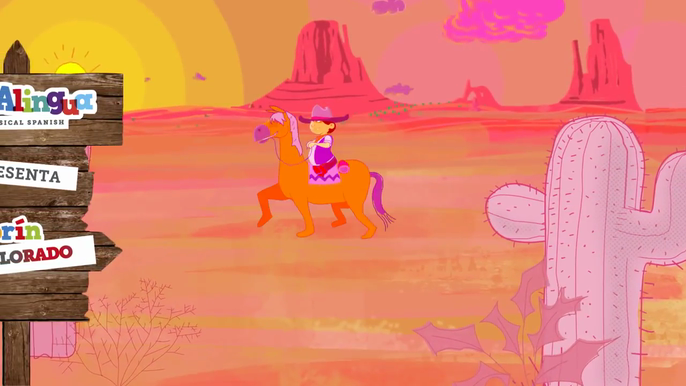 Happy Christmas! Last week in Melling Primary, Señorita Hopewell did a whole school assembly telling everyone all about how they celebrate Christmas in Spain.  There are quite a few differences! For example:

This week has also been very exciting in Melling Primary, as we have received Christmas cards and letters from our pen pals in Villa Romana school in León!

We have been very lucky over the past two weeks to have a Spanish teacher (Señora Coca) with us from our link school, Villa Romana. She spent a day with each class, teaching them some Spanish vocabulary and showing them videos of her school and town, León. Everyone in our school has had a lot of fun, but also we have learnt a lot about the cultural differences between the two schools and where we live.

During her time here, she also taught the whole school the song 'Heads, Shoulders, Knees and Toes' in Spanish! See below for the video. If you would like to join in, the words are as follows: 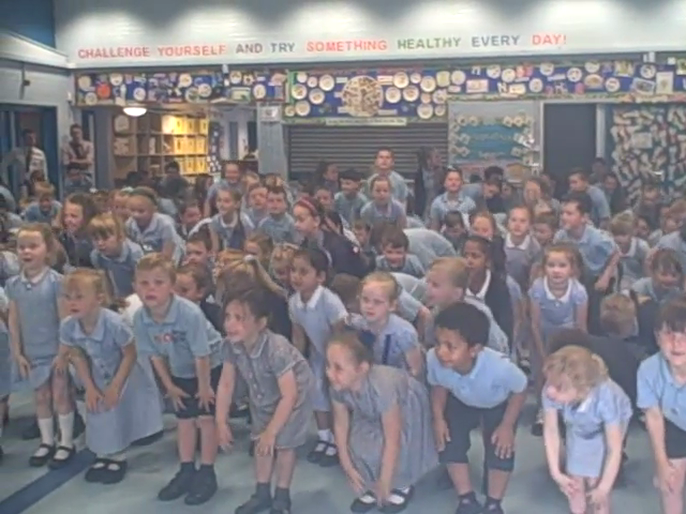